Most SJIA kids whose disease is not controlled by biologic drugs take glucorticoid steroids of some kind (prednisone is the most common). Steroids work well in controlling inflammation, but come at a tremendous cost: stunted growth, fragile bones, cataracts, and weakened muscle are some of the side-effects. But we put up with it because the alternative of uncontrolled SJIA is worse.

Eric Hoffman, a researcher in another childhood disease (Duchenne Muscular Dystrophy), gave the keynote at our next-gen SJIA treatments conference in October. He is leading an effort at Reveragen to bring a steroid replacement called Vamorolone (generic name VBP15) to market. The goal of the drug is to replicate the good effects of steroids (primarily their anti-inflamatory effect) without the side effects. 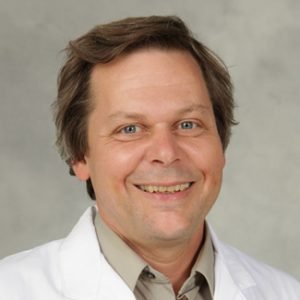 The way that the drug works is by modifying steroids so that the transrepression effects are removed. Transrepression means the turning on and off of genes, and it is responsible for the majority of side effects in steroids.

Vamorolone is on a fast track. The drug has been tested in mice and has been tested for safety in healthy adults. Since it causes fewer side effects, it can be given in much higher doses than steroids are given, which could make it even more effective than steroids. A 48-person test with Duchenes children started in July of last year. And an 100-person test (with placebo and prednisone groups as well as Vamorolone groups) is starting in July of 2017. Given this schedule, it’s realistic to hope that the drug is approved by the FDA as early as 2019.

We are hopeful that this Vamorolone will be a good treatment for other diseases (many diseases are treated by steroids). And of course our main interest is in whether this drug will be useful in treating SJIA, especially the tough refractory cases that don’t respond to current biologic drugs. We don’t know of any researcher looking into this, but think its an interesting question given how many SJIA kids do respond well to steroids but cannot remain on it long term due to the side effects.

Also, Reveragen is not a profit-seeking corporation (they operate according to a venture philanthropy model), so if the drug does get approved, it will hopefully be reasonably priced. We’ll post more as we learn more about this fascinating new treatment, and whether it’s a useful treatment for SJIA.