Weren’t able to make it to Family Day? We’ve got you covered with videos from each session, including a research update on SJIA and MAS, plus the popular Parent’s Panel discussion. Get the full conference experience by checking out the content. Plus, if you have questions of your own, it’s possible your inquiry may have been answered during the event. Head on over to YouTube to find out.read more 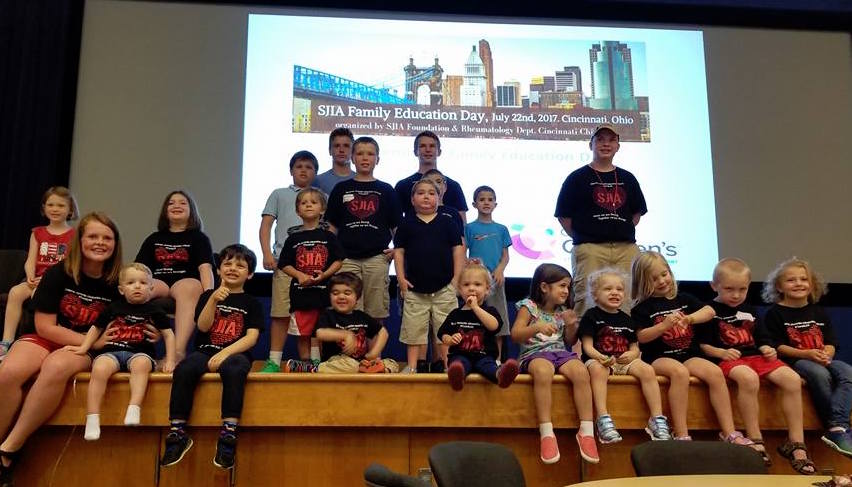 We finally have photos from the SJIA Family Day last Saturday (July 22nd) at Cincinnati Childrens Hospital. These are just the initial set of photos – we will be posting more soon.
Go here to view the rest of the photos.

For so long, Systemic JIA or Stills Disease has been in the shadows that we can hardly believe that that there is now a movie about this disease. And its not a small-time documentary, it’s the summer’s sleeper box office hit! “The Big Sick” is a romantic-comedy in which Still’s Disease (the adult version of Systemic JIA) figures prominently. Actor Kumail Nanjiani (from the TV show “Silicon Valley”) co-wrote the movie with his now wife, Emily Gordon about their relationship. Nanjiani also stars in the film, with Zoe Kazan playing Emily.